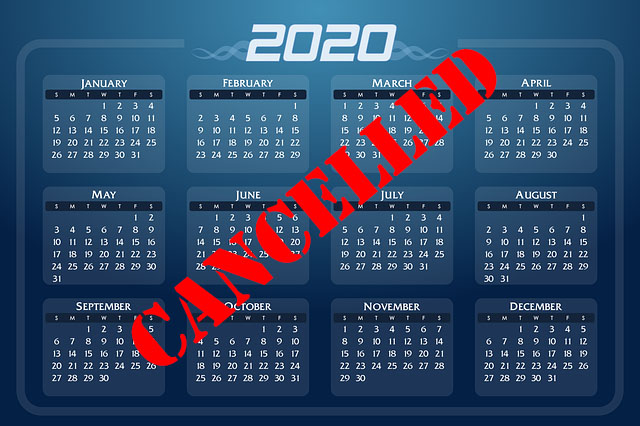 Well that didn’t go quite according to plan.

I’ve not written any blog posts or published much anywhere this year because honestly, what was the point? There was nothing to talk about and no real clue when things might change, so I just kept quiet and got on with the projects that have been accumulating in my workshop. And anyway, with no tango and no events happening anywhere I was not really in the mood to be talking about that sort of thing. But at long last it seems that life is starting to move again, so it’s time for me to start talking about what I’ve been up to during lockdown and what we can look forward to over the next year.

For the last few years the mainstay of our business has been from dance events, tango festivals, local music festivals, vintage fairs, and other similar events, and 2020 was expected to be a big year. The events we had planned were larger and more high-profile than ever and we were likely to pick up a number of other high profile events to help things along. And so from October 2029 to February 2020 I invested heavily in new equipment to enable Tangosynthesis and The Lacuna Works to deliver a bigger, better, and brighter experience to our clients’ events as well as our own. New amplifiers, new mixing equipment, better support for large and more complex live bands, more lighting, better software… this would be our best year yet.

Even as late as the first week of March we were still planning concerts and developing international connections to be a part of music and dance tours. We had heard rumours of this virus spreading across parts of the world, but somehow it felt that if it reached the UK in quantity at all it would be only temporary and that things would settle down in a matter of weeks. But then it escalated, and in the blink of an eye we went from it being largely theoretical to empty streets and the country in some form of lockdown.

The debate about whether the lockdown was too late and too lax, or if it made no difference at all to a virus that was going to follow its own trajectory regardless of what actions we took will rage for years. Until the science is a lot clearer and tempered by time and hindsight we are unlikely to know for sure either way, but regardless of what the best action would have been, 2020 went from being the “year of big adventure” to “the year that wasn’t” overnight. And everything shut down.

For the first few weeks I had no idea what to do. My dance school that I had put everything into and which had at last started to become really successful was no more. Hope that at least some of our summer events would still be running began to fade as one by one they were all officially cancelled. Doomsayers were predicting the shutdown would last anything from one to five years, and that some things would never return.

This was not a good time.

I kept myself busy and distracted by working on some of the projects that I have been meaning to complete for a while. Building new lighting rigs for future events and learning new lighting control software was a good place to start as along with testing and familiarising myself with all the new sound equipment that I had bought at the start of the season these were typical things to do during the winter quiet time. And although this was hardly winter, what with it being one of the warmest springs in living memory, I could convince myself that this was just an extended shutdown before the real season eventually got under way.

It was a weird few months. On the one hand things felt pretty normal in the workshop as I concentrated on circuit boards and wiring up miles of cable for lighting panels. But on the other hand there was no dancing, and - as any dancer will tell you - dancing is not just something you do a few times a week, it is something you become. Losing that was like losing a part of me, so I concentrated even more on the projects to take my mind off it all.

Time ceased to have much meaning during lockdown, and so it was after what felt simultaneously like about two weeks and a little over a year, restrictions finally started to lift. This was nothing like normality, but at least we could get back to some of the things we used to be able to do.

This is where we are at the moment. Some limited dancing has started again, and although there are no events for us to work yet, there are hints of them on the horizon and plans are starting to be made for the next season. We are more fortunate than some in that we have been able to ride this out, and we know that we will be ready for when things do eventually start… bigger and better than before, and with all sorts of new toys to make your events - and ours - stand out from the crowd.

Watch this space everyone. I’ll be writing about some of the new stuff we can do soon.

Keep safe. Keep sane. And see you all very soon.