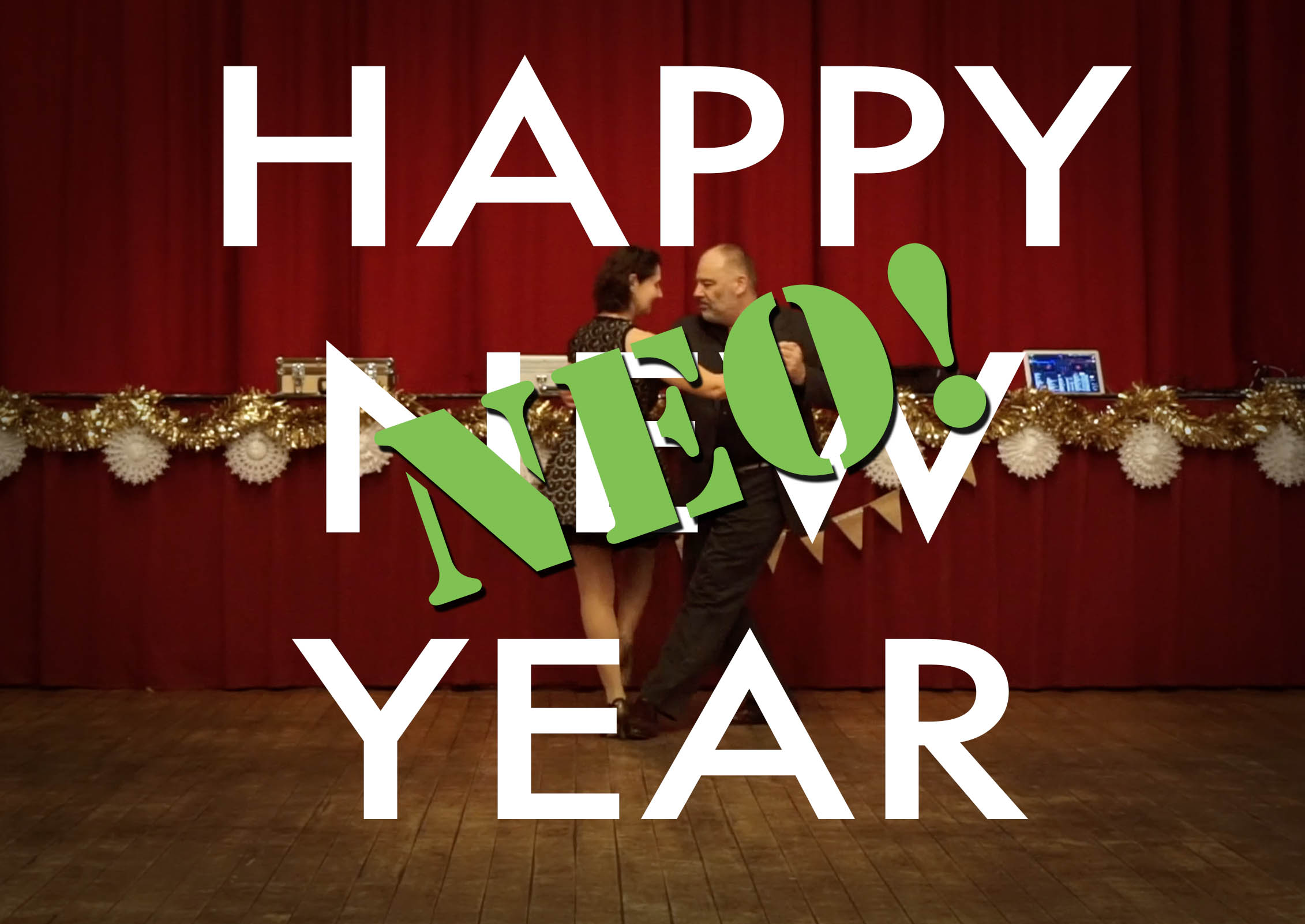 The first time I ever saw Argentine Tango being danced socially was at a Modern Jive and Blues event in Winchester Guild Hall. Most people were sticking to the standard dance styles for those sorts of music, but there were a few people on the floor who were dancing the tango. And it looked amazing. Their ability to connect with each other and interpret the music was incredible, and I immediately knew I wanted to learn how to do that. So when a couple of months later a friend (who up to then Iâ€™d only known as a modern jiver) offered to take me along to her tango class, I jumped at the chance. My tango journey was under way.

Or perhaps I should say my â€œneotangoâ€ journey, although at the time I had no idea that there was even such a thing. For me, tango was a dance that you could do wherever and whenever you liked, and to whatever music you wanted. It was defined by its mechanics, the connection between the two dancers, the shape, the way you move. It certainly wasnâ€™t defined by a particular genre of music, or the environment where it was to be danced. And as luck would have it, the first few classes I found had the same opinion.

My work relocated and I had to find a new class closer to home, and suddenly I was introduced to the concept of â€œtraditional tangoâ€. At first I assumed that the teacher just preferred the sound of traditional music, and whilst it was certainly not my favourite way to dance tango, there was nothing wrong with it at all. For the first twelve weeks of that class we learned a variety of steps and techniques, and it was all making perfect sense to me. Yes, the hold they taught was a little more open than Iâ€™d encountered before, and there seemed to be slightly less â€˜funâ€™ in the classes than Iâ€™d like, but it was still the same tango that Iâ€™d known from everywhere else, so all was good.

On the thirteenth week, I arrived at the class expecting to carry on from where we had left off at the end of the previous week, but the teacher had us all stand around the small speaker whilst he played us a new piece of music and asked us to say what was different about it. After a slightly awkward silence, he told us that until then we had only been dancing to music by Francisco Canaro, and that this new piece was by Juan dâ€™Arienzo. There was another awkward silence as he let this sink in, and then he said that since the music was completely different, we would now be going back to the beginning to learn all the same stuff that we had done so far, but with dâ€™Arienzo in the background as â€œobviously it would all be completely different.â€

The reception from the class to this news was mixed. Some people just went with it, but some people left at the end of that evening never to return. I stayed there for another few weeks to try to understand what he was on about, but after having been taken back to absolute basics and being told that everything was different because it was a new orchestral style - hold, connection, frame, timing, projectionâ€¦ everything - and finding out that at the end of the next twelve week block we would be doing it all again with a third orchestra, I left.

I didnâ€™t realise it at the time, but this was my first encounter with tango traditionalism. Over the next few weeks of looking for classes in my area I saw references to dâ€™Arienzo, Pugliese, and many more of the traditional orchestras, but no-one was talking about anything modern. I started asking around, and it soon became clear that many people linked the dance of tango with a particular era and style of traditional tango music. What I liked to dance was apparently known as â€œneotangoâ€ - tango steps and techniques with modern non-tango music, but they made it clear that this was often thought of as not â€œreal tangoâ€, or in some cases not even tango at all.

This confused me, but being relatively new to the dance I wasnâ€™t really sure what to make of this information. Since then though I have got a better understanding of the history of tango, and now I can say for sure that to me this restriction on what is and what is not considered â€œtangoâ€ makes no sense. Tango is a dance that has been evolving continuously since it first appeared in South America in the mid-1800s. The exact timeline of how it began and when it evolved is unclear and there are many different versions of what happened when, but what is well known is that the tango of the 1960s was very different to what people would have been dancing in the late 1800s, and that every local region around Buenos Aires and Montevideo developed its own variation. Evolution was - and has remained - continuous, with â€œNuevo Tangoâ€ (the â€œnewâ€ tango) popping up every few years as musical styles developed, new teaching and descriptive techniques arriving with Gustavo Naveira, and countless approaches to the dance appearing as a result.

With all the changes that tango has been through, with it evolving over multiple parallel timelines and taking influence from at least three continents, how does it make sense to point at one tiny snapshot of a handful of clubs in Buenos Aires in the 1940s and 50s and say â€œThis is true tangoâ€? What makes that version of tango any more â€œcorrectâ€ than any other? With the geographic variations in the dance that developed even in the regions close around Buenos Aires itself, it is highly likely that even many dancers contemporary with that chosen age would never have seen tango danced in the particular way we now call â€œtraditionalâ€, as their region did it differently.

To pick out one singular snapshot of such a rich and varied dance style and label that as â€œTraditionalâ€ with everything else categorised simply as â€œnon-Traditionalâ€ does tango a massive disservice. It is akin to describing the science of zoology as â€œthe study of elephants and other thingsâ€ and is the same fixation on a picture-postcard version of history that brought us Brexit. It misses all the good stuff - the range of expression that makes tango unique, and distills it down to â€œthem and usâ€.

Dance is supposed to be fun. Unless you are entering competitions there is no need for rules and restrictions. Just go out there and enjoy it. If you like the music being played or the style being danced then stick with it, but if you fancy a change there will always be someone out there doing something a little different.

What drew me to tango in the first place was its inclusiveness. It is an immigrant dance that throughout its history has linked castles, brothels, campsites and nightclubs. It has touched the lives of millions, and joined them together with a common understanding of connection and closeness. It is not just one of its parts, but a sum of its parts, a tapestry of dance with every thread vital to the whole and contributing to its strength.

So make this year a time to celebrate the diversity of tango, the rich and varied weave of neo, salon, traditional, modern, nuevo, and anything else you might find in your local club that makes it so amazing. Tango is still evolving, and I am really looking forward to seeing where it goes next.