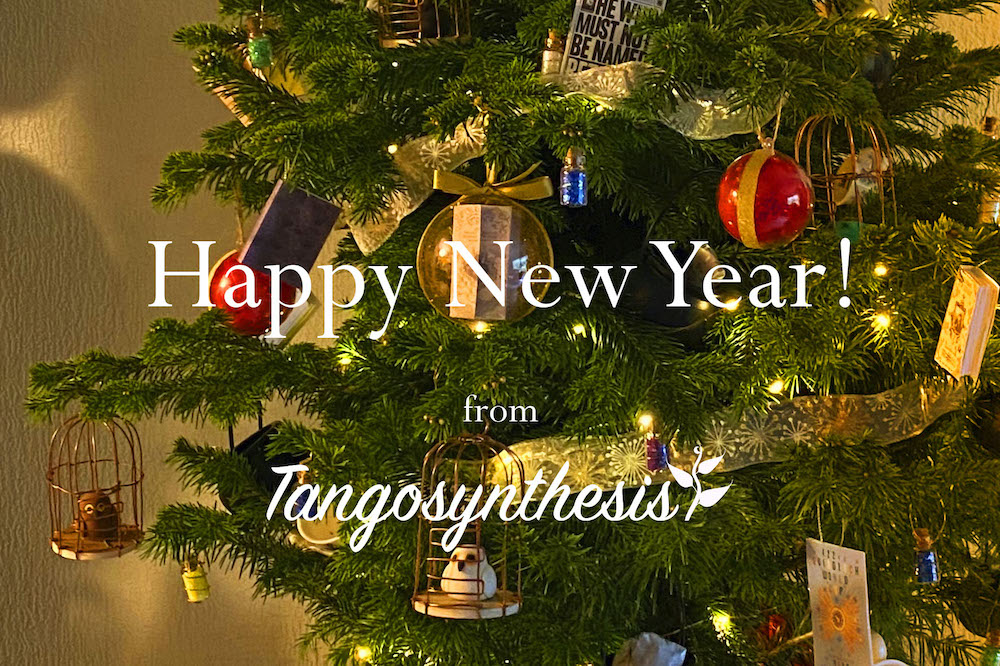 It is a few days after Christmas and nobody has any idea what day of the week it is. We’ve unwrapped all the presents, eaten too much food, and drunk all of the mulled wine, and yet the kitchen still seems unusually full of ‘stuff’. There is an impossibly large pile of turkey leftovers in the fridge, and we are all wondering if there’s anything more creative we can do with them than make a curry.

Your body is yelling at you to step away from the mince pies, switch off the Harry Potter marathon, and go do something physical instead, but you have no idea what as everything is closed. In rare moments of lucidity you‘ve had flashbacks to when we used to do something called ‘tango’ once a week, but it’s all a bit of a blur and didn’t that have something to do with tea and cake too? You vaguely considered trying an ocho in the kitchen to see if you remembered how, but the in-laws already think that you’re a bit strange, and the cat still hasn’t forgiven you for that incident with the sellotape on Christmas Eve, so you decided to leave it and hope for the best.

So whilst we’re all drifting untethered through Crimbo Limbo and wondering when… or if… the recycling bins (which ones???) will be collected, here are a few reminders of what Tangosynthesis got up to in 2019, and our thoughts on how things went.

In some ways 2019 has largely been a year of consolidation. It was our first year of only teaching tango after dropping Modern Jive from our schedule back in 2018, and so this has allowed us to focus on doing one thing properly whilst concentrating on learning as much as we can from everyone around us. Our class venues are the same now as they were at the start of the year, so there has been stability there too. But continuity and stability are only one part of the story.

In April, we moved our Sevenoaks XTango event venue down the road to Otford, as the Sevenoaks Community Centre was about to close for a couple of years of refurbishment. This turned out to be a really good move for us as it is a far better building for our needs, with an excellent floor and a much more intimate feel. We love this new space and hope to be running monthly neolongas there for a long time to come, so it has been great to see a number of new faces finding us in the last few months. Welcome to you all, and I hope you find something new and interesting in the music we play. Keep spreading the word.

This year we were once again involved with running the technical side of the England International Tango Festival in Tonbridge, which brought me a personal milestone when I was asked to DJ in the Neo room for two nights. It’s hard to say why this mattered to me as much as it did, but having the opportunity to bring my flavour of neotango to such a traditional festival as this was quite special. Hopefully I will get the chance to do it again next year, so if you are planning on coming to Tonbridge in 2020 then drop in to the Neo room for a few tracks and bring your traditional friends to see what it’s all about!

Class numbers are slowly rising, and word is getting out about what we do and how we do it. But of course not everything we did this year worked perfectly well, and a few of the changes we tried did not end up going the way we had hoped at all. We tested the idea of fixed-length beginners’ courses in our class nights in the hope that this would encourage more first timers to try out tango, but instead it seemed to have the opposite effect and was putting people off. We tried mergers with other more traditional groups and classes, but our respective styles and teaching approaches turned out to be less compatible than we had hoped. But without a few failures you can never know you’ve looked at all the options, so we will keep testing new things as we think of them and keep the ones that work.

And then in the run up to Christmas we had two events that really brought home to us how successful this year has been and how far we have come as a group. The first of these was our performance event, when a number of us danced on stage at the Stanley Halls pre-Christmas gala. For many of you it was your first time doing anything on stage at all, let alone dancing in front of an audience, and it was a fantastic success. I co-opted Sarah, Filitsa, and Lourdes to dance with me with very little notice for the first three tracks, and then Nathalie and I finished off with a solo to Assassin’s Tango. The reception this performance has had has been amazing, and I am so very proud of you all for what we did that evening. Well done to everyone! Hopefully we can do it again sometime.

The second of the events was our South Norwood Christmas Party. Seeing you all dancing there when so many of you had come to us for your first ever tango class only a few months before was a very special moment, and helped to remind us that what we do at Tangosynthesis has all been worthwhile. Running a dance class can be a strange experience at times, when you have no idea how many people will turn up, whether they like your teaching style or only come because there is nothing else in the area, and you start to doubt everything about what you do. But seeing you all dancing at that party with South Norwood and Sevenoaks coming together, with people from other tango groups joining us as well, that made it all make sense.

So that was 2019, and so we start looking towards next year and the new things we will be trying out. Many of you have asked for more social dancing nights at South Norwood, particularly after the success of the Christmas party, so we are looking at having a shorter class and a longer practice session there once a month (or thereabouts) to see if that works. We are looking at running workshops occasionally throughout the year, for beginners and for more experienced dancers. I will be offering more private classes, and there will be more information about those available soon. And of course we will continue to try out new things as we think of them.

But before I sign off, I can’t go without a couple of individual thank-you messages to those of you that have contributed so much to making this work. Lourdes… for helping out so much with the classes, challenging me with crazy moves, and for standing-in for me with almost no notice when I was ill one night. Sarah… for keeping everyone motivated and up to date with all the weekend milongas and other tango stuff… and of course all the amazing cakes. And obviously Nathalie… who has been there since before day one of this dance journey and without whom it probably would never have happened.

Happy New Year everyone.  See you in January!