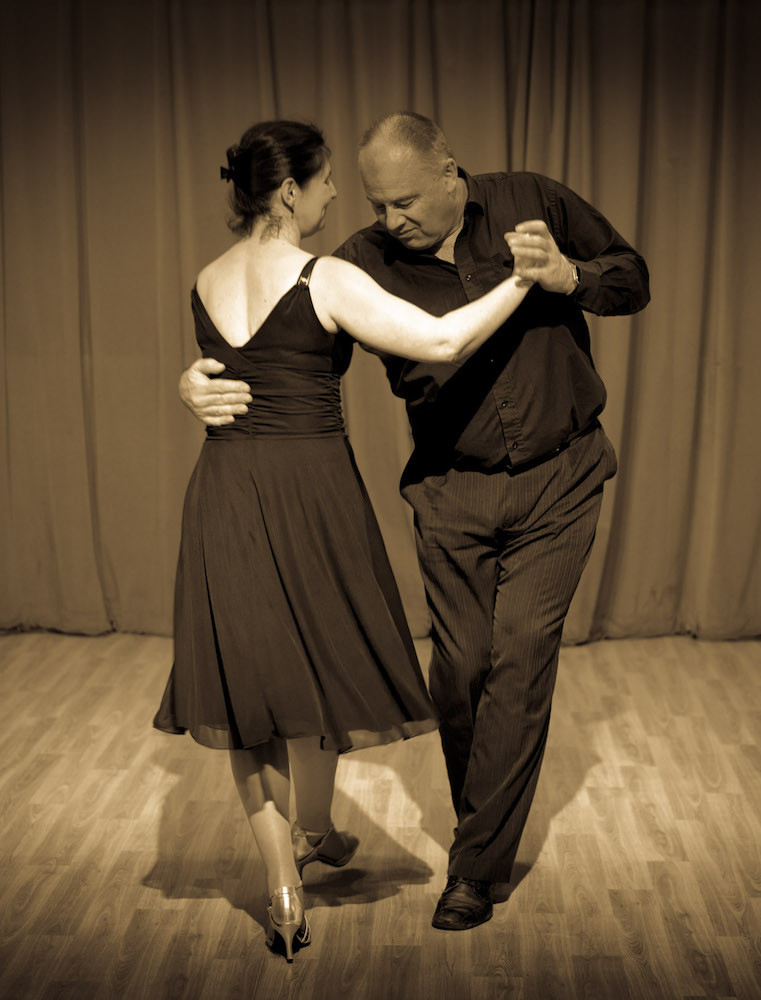 Not many people can say that they became a tango teacher entirely by accident, but that's definitely how it happened in my case. When I first started Jivebeat, I assumed it would always be predominantly about Modern Jive, with maybe a few guest teachers brought in from time to time to demonstrate other dance styles or maybe teach a 'fusion' class. I had qualified as a Modern Jive instructor, and all my efforts were going into developing that style and working out our curriculum.

But then one evening in Sevenoaks after a fun but small beginners' class, I asked everyone what they would like to do next. I offered them a more advanced Modern Jive routine, maybe some dips and leans, styling or musicality tops, or perhaps they'd like to try some Argentine Tango. And unanimously they all decided they wanted to try some tango.

I had been learning the Tango for some years at that point, having started in 2010 in a class down in Southampton and then finding new classes and teachers when my job brought me back up to Kent. There had been a few gaps as Tango classes can be hard to find, but I had always loved the dance since first discovering it, and at that time I was going to a class in Dartford after just having moved up from one in Canterbury for logistics reasons. I had no formal teaching qualification in Tango (read more about that in my next blog post), but I knew how to teach dance in general so I just used the same techniques I had been taught for Modern Jive and applied them to Tango.

It was a good fun class and everyone enjoyed themselves, but I assumed that would be the end of it and so I prepared the next week's Modern Jive class as normal. Except that when I got back to Sevenoaks a week later the class all asked me if they could do Tango again as they had really enjoyed it the previous week.

Okay... that was unexpected, but not really a problem. There is plenty of Tango to go around, and even without a lesson plan there were a lot of things I had wanted to mention the week before but didn't have the time, so that's what we did. And once again I went home assuming that would be the end of Tango at Jivebeat.

But then the following week, two people arrived at the class to sign up because they "had heard we do tango in our classes and had been looking for somewhere to learn for ages".

I knew that Tango classes were a bit thin on the ground in the area so the fact that they hadn't found one didn't surprise me, but it did surprise me that word was getting out that we taught Tango. Jivebeat was a Modern Jive club - the clue is in the name - so how come people were hearing about us in the context of Tango?

It didn't matter. Since then we have become known for being the local Tango class despite me giving it almost no advertising (more about the reasons for that later), and people have started coming along purely to learn the tango in preference to Modern Jive. I had become the Accidental Tango Teacher, and Jivebeat had become as well known for its Tango as its Modern Jive.